I can’t even say what my hazy mental picture of medieval central Asia was before I read S. Frederick Starr’s Lost Enlightenment. That’s how poorly represented it was in my mental geography – there was not even a little sign on a stick saying, “there’s a lot going on here you don’t know.” I suppose I would have stammered out something about horse archers, camels, and furry hats. Now, thanks to Starr’s book, I can say a bit more. 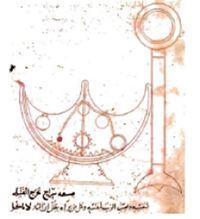 Lost Enlightenment covers a significant historical period of a region that now boasts several politically distinct ‘stans – Uzbekistan, Turkmenistan, Afghanistan, Pakistan, Tajikistan, Kyrgyzstan, and Kazakhstan, all clustered between Iran and China. The “significant historical period” – really, a renaissance rivaling that other one several centuries later and to the west – ranged from about 750 to 1150. Philosophy, theology, logic, mathematics, optics, libraries, medicine, geography, and social sciences like history and anthropology – not to mention great poetry and music – all flourished during this period, driven by great intellectuals receiving state support at greater-than-Medici levels.

We really don’t know what all they discovered, since so much has been lost. One of the period’s greatest intellects, Abu Ali al-Husayn ibn Sina (or just Ibn Sina, or Avicenna), hailing from modern-day Uzbekistan, wrote over 400 works – and of those only about half survive, and these exist mostly in fragmentary and unpublished form. Scholars have access to only about 13 of the 180 known treatises of Abu Rayhan al-Biruni, who was Ibn Sina’s main man in Turkmenistan. So we are really looking only through a keyhole at a wide canvas of intellectual achievement. Given what we do see, it would not be out of the question for there to be, in some hidden corner of the canvas, some forgotten figure feeding punch cards into a steam-powered difference engine.

One of Ibn Sina’s countrymen, Abu Abdallah Muhammed al-Kwarazmi (780-850), constructed precise instruments for determining latitude, and solved problems of spherical astronomy using a device that employed sine quadrants (not that I really know what that means). Along the way, he also invented algebra, and lent his name to those powerful abstract entities we now call algorithms. A later thinker, Ulughbeg (1394-1449), son of Tamerlane (or Timur), calculated the length of the sidereal year more accurately than Copernicus did, and correctly calculated the exact degree of Earth’s tilt. Abu al-Rahman al-Khazani wrote a book in the early 12th century that has been called “the most comprehensive work on weighing in the Middle Ages, from any cultural area.” (It was entitled Book of the Balance of Wisdom.) All of these brilliant thinkers were building on efforts of brilliant predecessors – which means there was a sophisticated network of preserving and sharing knowledge throughout the region. And of course, through it all, there is a rich population of philosophers and theologians wrestling with the tensions between natural knowledge and revealed faith, making all the moves to be repeated centuries later in early modern Europe. This includes Abu Hamid Muhammed al-Ghazali’s anti-rationalist work, The Incoherence of the Philosophers, which made its way through the knowledge network westward to Spain and Morocco, and prompted Abu Muhammad ibn Rushd’s rationalist reply, The Incoherence of the Incoherence.

This neglected but astonishing document bears comparison with Leonardo da Vinci’s sketchbooks for the bold and intricate devices it describes. Here were pioneered one- and two-way pneumatic valves, automata that responded to feedback, and a host of ingenious devices that demonstrate a wildly imaginative yet disciplined and practical engineering mind. Ahmad’s mechanical flute, driven by steam, has been hailed as the first programmable machine, a title that is contested by the brothers’ own hydro-powered organ, which was programmed through interchangeable cylinders. In both devices Ahmad showed the same inventiveness that led a millennium later to the Jacquard loom, player piano, and eventually the punch card-programmed computer. The brothers also invented the clamshell excavator, a bellows to clear air from mines and wells, a gas mask for use when the bellows failed, and hurricane lamps, self-feeding lamps, and self-trimming lamps. (146)

Many of these central Asian thinkers ended up in Baghdad, home of the renowned House of Wisdom, which has been said to be the single greatest center of research in the world, from the time of the fall of the Library at Alexandria to (perhaps) the formation of the Royal Society of London for the Improvement of Natural Knowledge.

Why did this golden age come to an end? Well, as the saying goes, it’s complicated. In part, it was politics and religion: politicians found an unlearned Islamic fundamentalism to be politically expedient, and Islamic fundamentalists found political tyrannies to be religiously expedient. In part, the pointed and violent battles among competing visions of what true piety requires chilled the free expression of ideas. In part, a focus on gunpowder and siege machinery displaced the focus on more theoretical realms. And in part, it didn’t come to an end, or at least not to a final stop: scholars and artists continued to explore, invent, and create under every ruler, and still at impressive levels, though not as impressive as in earlier times. But over time, as conditions for inquiry became less favorable or at times impossible, scholars migrated to the west, carrying with them all the texts they could carry, and the timing was right. The west gradually was brought up to speed with algebra, competent astronomy, rich commentaries on Aristotle, and a complete set of Plato’s works – or as many as we’ll ever have, anyway. By the 17th century, the west could begin to continue the work that had been done in the east in the 12th century.