[from an essay in progress on idealism]

What we have seen so far is that there is no observation of the world, and no understanding of it, without a theory. We have also met several idealists who believe, in varying ways and for different reasons, that theory is not just important, but really, really important: the most important knowledge we can have of our experience has more to do with theory than with anything else. Hegel, the greatest idealist of all, believed that human progress consists in further development of theory. 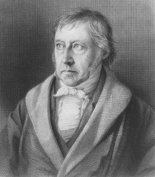 But, as thrilling as his vision is, it is hard for us to go the full distance with Hegel. It is true that our greatest triumphs of knowledge, in physics and engineering, in biology and medicine, in economics and public policy, are all made possible by advances in theory, and through the patient application of reason to experience. But the fact is that foundation of Hegel’s vision – that in the end all our knowledge grows from a grand logic – seems to have been of no use to us whatsoever. The only scholars interested in fathoming the depths of Hegel’s most fundamental philosophy are historians who are only trying to make some sense of it. It could be, of course, that Hegel’s mind was simply more penetrating than any other mind since, and his logic should have made more of a difference; or it could be that Hegel got some things powerfully right, but made the mistake of trying to base them on a logic that was in fact only a philosopher’s dream.

What would Hegel’s philosophy look like without his grand logic? In the area of science, we would see old theories being replaced abruptly by new, radically different theories that offer deeper insight into the forces and laws of nature. In the area of history, we would see conflicts and tensions being worked out through dialogue and politics and – when these failed – war. But there would be no overall theoretical structure that governed these advances, or told them which way to go, so to speak. There would be only those of us on the ground, working things out as best we can, armed only with our insights and prejudices, our biases and our hopes, our blind spots and our misgivings. There would be no guarantee that we were heading in some special direction: there would be only our desire to fix what is broken, and to make a better situation for ourselves. Hegel’s view, minus the grand logic, begins to look startlingly plausible. 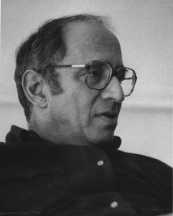 The resulting vision might be drawn from what Thomas Kuhn offered in his 1962 work, The Structure of Scientific Revolutions. The work is famous for introducing the twin terms “paradigm” and “paradigm shift,” which can now be found in just about everything humans set their sights on. A paradigm is a framework, a theory, or a shared vision of a complex system. A paradigm shift – or a revolution – is when one paradigm is replaced by another. Earlier historians of scientific revolutions viewed these paradigm shifts as rational transitions in which one theory offering better predictive power replaces an older one that just could not compete. Kuhn’s work – itself a paradigm shift, among historians – was to see these shifts as not wholly rational. At times a better theory is available, but it is not adopted because the old theory is so well entrenched in existing practices and institutions. Other times a new theory is adopted even though, from the perspective of the old paradigm, it really does not offer any advantages. Anyone who really pays attention to history cannot see scientific revolutions as purely rational transitions. Human politics, economics, and psychology play very active roles. 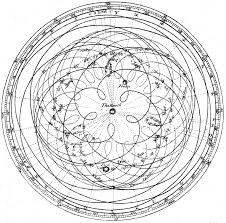 Kuhn’s celebrated example is the Copernican revolution. The textbook account, still prevalent in many quarters today, is that western Europeans limped along for centuries with a Ptolemaic model of the solar system, with the earth at the center and the planets orbiting it in curlicue fashion (due to “epicycles,” or little circular orbits around a point which itself orbits the earth). Along came Copernicus in 1543, daring to suggest that the earth and the planets orbit the sun. Suddenly, the traditional story went, all of our observations of the planets made sense and planetary positions in the night’s sky could be predicted without recourse to all those silly ad hoc epicycles. But this textbook account is wrong. It is true, of course, that the Ptolemaic model reigned for centuries, but for good reason: it offered accurate predictions of where we should see the planets each night, and so it was indispensable for navigators trying to cross oceans without sight of land. Ptolemy’s system, as presented on Johannes de Sacrobosco’s 13th-century treatise On the Spheres, was taught to would-be navigators well into the 17th century. Copernicus’s new model was not accepted or taught for generations – mainly because it was worse at offering predictions. But it was not rejected outright; mathematicians and astronomers kept tinkering with it until Kepler came along, replaced the circles with ellipses, and made it work.

If it was so bad initially, why on earth was Copernicus’s view not simply rejected? Basically, Kuhn’s explanation was that experts at the time decided that the overall “package” Copernicus offered – the new model, attended by new sorts of problems – was more interesting and more promising than the old theory, which over the centuries had basically gone about as far as it could go. The new theory offered interesting opportunities. It also was in line with broader revolutions sweeping Europe, which sought to dethrone Aristotelian authority in the churches and universities and support a radically new and independent view of the universe. The Copernican revolution should be seen as something more like a political revolution: a change that happens out of a variety of influences, tipping points, and new values. It took place, in the words used above, at the hands of people “on the ground, working things out as best we can, armed only with our insights and prejudices, our biases and our hopes, our blind spots and our misgivings.” Or, in Kuhn’s words:

Individual scientists embrace a new paradigm for all sorts of reasons and usually for several at once. Some of these reasons – for example, the sun worship that helped make Kepler a Copernican – lie outside the apparent sphere of science entirely. Others must depend upon idiosyncrasies of autobiography and personality. Even the nationality or the prior reputation of the innovator and his teachers can sometimes play a significant role. (Structure, pp. 152-3)

Historians have argued ever since about exactly what a paradigm is, or precisely when a shift can be said to occur – and with good reason, for revolutions are complicated, confusing things. But no one tries to see such revolutions in Hegelian terms, or in the terms of a grand logic that become more crisply focused over time. It is not that conceptual revolutions are wholly irrational. Individuals in the middle of revolutions are sorting things out as best they can, through their own reason, weighing a range of competing beliefs and values. But whereas Hegel would see the outcome as determined by reason’s own structure, we see more chance at play. There is no global plan. There is only improvement on what was before, in the eyes (or in the paradigm) of those who have come out the other end of the revolution. Again, Kuhn:

Can we not account for both science’s existence and its success in terms of evolution from the community’s state of knowledge at any given time? Does it really help to imagine that there is some one, full, objective, true account of nature and that the proper measure of scientific achievement is the extent to which it brings us closer to that ultimate goal? If we can learn to substitute evolution-from-what-we-do-know for evolution-toward-what-we-wish-to-know, a number of vexing problems may vanish in the process. (Structure, p. 171)

What Kuhn offered was a relativized idealism. The theories or paradigms are as important as ever: they tell us what things are, how things change, and what our experience is. But the paradigms are not “pregnant” with their successors. Old paradigms are discarded and new ones adopted as the result of many factors, some rational, and others less so. The fact that we discern progress over time, particularly in the case of science, tells us more about the current paradigm we inhabit than about the objective rationality of human discovery over time. Progress, that is to say, is relative to those making the judgment, and what they count as “progress.” Indeed: without some sort of Kantian or Hegelian ideal of pure reason, what else could it possibly be?

But Kuhn’s idealism is relativized in a second way as well. Kant, with his twelve categories of the understanding, and Hegel, with his grand logic, believed that the structures we place upon our experience are fixed (Kant), or at least that the way in which those structures evolve is fixed (Hegel). For Kuhn, the paradigms we invent are constructed from available materials, and the revolutionary thinker comes upon them in a flash of insight, much in the same way an artist suddenly sees a new way of combining given elements. The new paradigm is incommensurable with the old in the sense that the two paradigms are irreducibly different ways of seeing the phenomena. Usually, in a period of revolution, there are several thinkers devising very different paradigms, and many of them go nowhere or attract only a few followers; one of them, for various reasons, gains greater currency, and “wins.” The winner, though, does not have a deep logical connection with the old paradigm and does not emerge out of it in any meaningful way. Its new concepts are regarded as important and fundamental only from the perspective of the new paradigm – indeed, they make sense only in the new paradigm.

The transition from Hegelian to Kuhnian idealism might be seen as follows. In Hegel’s version, there is a single form of human thinking that allows for a single story to be told. Hegel knew very well that history has an impact on thinking, and different cultures offer different stories about the world. But he also believed they have a common core, described through a single logic, which serves to orient all our conceptual efforts (as well as our political ones) into a single direction. Kuhn, on the other hand, allows for incommensurably different forms of thinking and different stories, offered up in their varieties like just so many Darwinian species, competing for dominance in an ideosphere. At the end of a revolution, one view dominates – but that victory has more to do with contingencies of history than with that view being a better expression of some fundamental logic. For Hegel the basic script has been written; for Kuhn, we make up the story as we go along.

Curious about the ways humans use their minds and hearts to distract themselves from the meaninglessness of life.
View all posts by Huenemann →
This entry was posted in Kant and/or Hume. Bookmark the permalink.

4 Responses to Hegelian vs. Kuhnian idealism