The Problem of Disenchantment 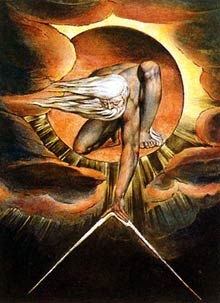 Egil Asprem’s fascinating and learned work is centered around seeing disenchantment – or the growing propensity to see nature as empty of magical and divine influence – as a persistent problem to which scientists and philosophers responded in various ways over the late 19th and early 20th centuries. As scientific methods and practices came to be centered around quantitative measurement and objectivity, anyone who wanted enchantment in their world picture had to find a way either to measure it or to insulate it against reductive theories: “the processes of rationalisation have created the conditions for the problem of disenchantment to emerge” (6). Aprem’s long study finds the problem finding expression in three different ways: in new ways to integrate a divine being in nature (new natural theologies), in laboratory treatments of supernatural and parapsychological phenomena, and in theories of knowledge which allow room for esoteric elements.

Disenchantment itself was promoted by a segment of Victorian society whose members had vested interests in seeing the nature they knew so well, and dominated so thoroughly, as a realm that was not itself prejudiced toward Christendom or hidden from public view: the natural world is a level playing field which can be known equally well by any and all; and it just so happens that through their own efforts the Victorians themselves have come to know it best of all. Small but influential groups such as the “X-Club” sought to direct educational and financial resources into a vision of a thoroughly natural and disenchanted world. The end result was an apparently scientific and objective justification for the values and practices of those who knew nature best (even if the broadcast version of science did not always fit happily with what scientists were actually finding) – what Asprem calls “the ideological settlement of Victorian scientific naturalism” (86). This settlement provides the conditions challenged by the new discoveries of the 20th century.

As Sir Arthur Eddington wrote, “Religion first became possible for a reasonable scientific man about the year 1927” (quoted on p. 94). By that year, physicists had pretty much buried the naturalistic spirit of 19th-century science by proposing the Copenhagen interpretation of quantum mechanics, which seemed anything but natural: specifically, it seemed no longer possible to adopt the simplistic view that scientific theories describe an objective, mind-independent reality. At this point, Asprem revisits a thesis put forward in 1971 by historian Paul Forman, that quantum mechanics in fact emerged from “a certain Zeitgeist in Germany following the experience of defeat in WWI, characterised by a wish to escape the terror of history and the pressure of determinism” (129). With good reason, Asprem concludes that the Zeitgeist doesn’t explain everything, but it did lend shape and character to the ways quantum mechanics came to be discussed in society at large, both early on and through the rest of the century. Think of The Dancing Wu Li Masters, The Tao of Physics, and so on: what were these works if not ways to re-enchant the world and ward off the specter of determinism?

Quantum mechanics was one of five natural theologies that emerged in the early 20th century, according to Asprem. The others include an “ether” metaphysics (all-pervasive spirit stuff), psychic enchantment (from Mesmerism to brain waves), theologies of emergence (more soul stuff, arising out of matter), and modern alchemy (especially radioactive decay and theosophic chemistry). What’s most captivating in Asprem’s discussion is his willingness to let the re-enchanters have their full say: whereas many defenders of “modern science” (whatever that is) are quick to shut down esoteric heretics as quacks, cranks, and weirdos, Asprem gives them voice, placing them in their contexts alongside the Darwinists, the Einsteinians, the Planckians, and so on. After all, everyone is after the same thing: a responsible account of nature that takes due measure of everything there is to explain. They differ over what phenomena they feel obliged to take seriously.

And this brings us to the laboratories. Scientists won’t take phenomena seriously until they have appeared under laboratory conditions, and thus did psychic and paranormal labs spring up at various universities throughout the 20th century (to say nothing of the secret experiments of the CIA and NSA – “men who stare at goats” – and of their communist counterparts). The earliest attempts involved bringing debunkers like Harry Houdini to seances, and the later attempts used all manner of technology and double-blind experiments to try to determine whether ESP can tell us what’s going on in the next room. Often fancy universities (like Stanford, Harvard, and Clark) were compelled to establish parapsychological labs at the behest of their quirky donors. John E. Coover at Stanford spent the years 1912-17 trying as hard as he could to satisfy Thomas W. Stanford’s desire to see some objective evidence of telepathy – to no avail. After “10,000 experiments with 100 subjects attempting to guess playing cards telepathically,” Coover stolidly concluded that “statistical treatments of the data fail to reveal any cause beyond chance” (359). Privately, Coover did not seem so cool about it: “I should have been better satisfied with an opportunity to put part of my time upon research the material of which is not so meagre and elusive, not so offensive in the nostrils of my fellow psychologists, and more directly applicable to problems in psychology, education, or psychotherapy” (360). He went on to found the California Psychical Research Society, whose main task was to expose psychic mediums as charlatans.

But if humans want to find the world to be an enchanted place, they will find a way – “statistical treatments” be damned. Asprem’s concluding chapters carefully convey the various strategies open to the person who finds naturalistic epistemologies too restrictive. The move, basically, is to insist that naturalism leaves something out. It may be that through natural means we will find no magic, or no transcendent truths; but perhaps natural means are not the only ones, and there is space for enlightenment or revelation (“esoteric gnosis”). Or it may be that scientific inquiry will convey the facts to us; but it falls upon us to interpret those facts, to draw significance from them, and in this way to find what nature itself cannot express (“esoteric hermeneutics” – and this, by the way, is how humanists seek to re-enchant the world). Or it may be that the fullest expression of science as a whole – a truly Grand Theory of Everything – will require us to draw upon sources of eternal and ancient wisdom, which will finally unite the scientist with the mystic (“soteriological gnosis”). And we shall then come to know, finally, the answer:

In the final moment of soteriological gnosis there is, at last, the promise of a genuinely surprising experience. The broader significance of that experience would, however, have been revealed long before in textbooks, leaflets, and lectures: the experience will show him the way to absolute freedom. Deeply personal questions will now be answered: who am I, and what is my place in the grander scheme of things? The final answer silences the final question. Thus freedom, too, attained through gnosis, dissolves the final mystery: it means, essentially, to learn of one’s pre-ordained destiny, and pledge to follow it thenceforth with eyes wide open (533).

(If you felt a little tug there at the end, then know that you have not been fully disenchanted.)

Asprem’s book is wildly successful in demonstrating his main thesis: that “views about the limits of reason, science, and knowledge in Western intellectual culture since the Enlightenment have been much more diverse, full of internal contrasts and conflicts, than is commonly recognized by narratives of a progressive and irreversible disenchantment of the world” (13-4). His book is – well, enchanting.

Curious about the ways humans use their minds and hearts to distract themselves from the meaninglessness of life.
View all posts by Huenemann →
This entry was posted in Books, Historical episodes, Uncategorized. Bookmark the permalink.

2 Responses to The Problem of Disenchantment