We have been in the process of sorting through the detritus of my parents-in-law: lots of junk, no longer meaningful to anyone, but occasionally the striking this or that suggestive of a parent’s love, a freakish endeavor, or long afternoons of timeless play. This last mood was suggested by my father-in-law’s tub of tin soldiers.

There are nine intact pieces, missing no limbs or helmets, though little of the original paint shows through:

Most surprising among them is this lonesome cowboy, who must have been surprised as he wandered in from the prairies into the fearsome trenches: 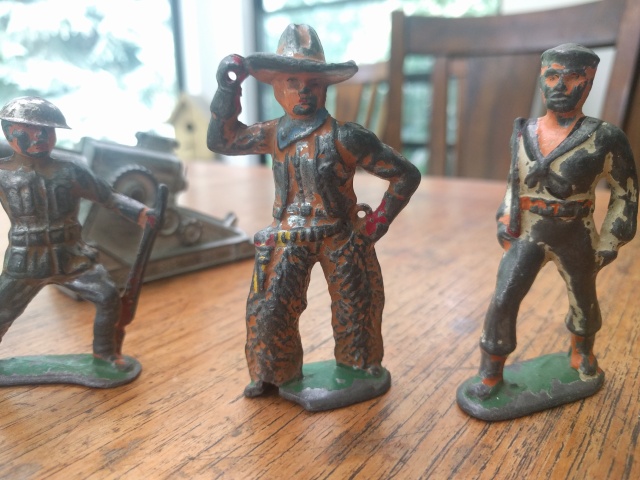 And I can only imagine this Texan’s horror as he came across the body parts strewn across the fields: 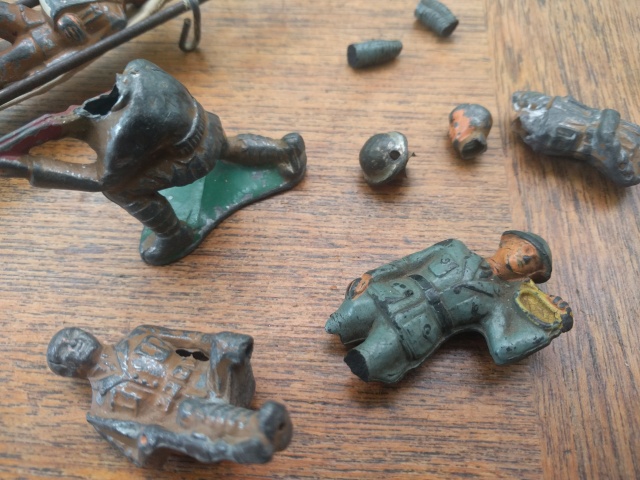 But medical attention was available, for those who could still benefit from it: 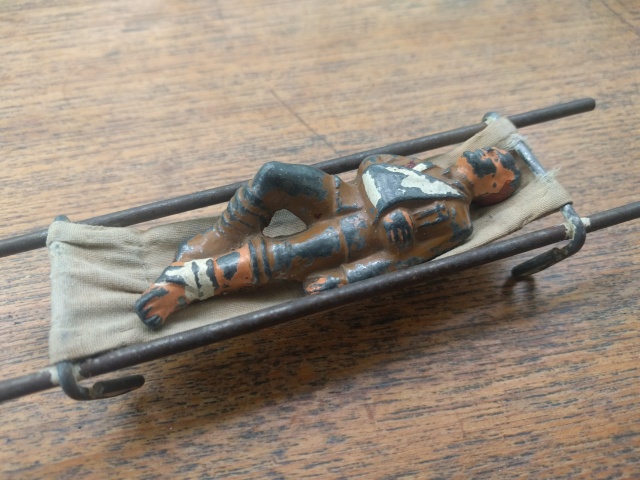 Sadly, for me, the bicyclist’s broken wheel rendered him pretty much useless:

I’m sure Gerry had a lot of fun setting these guys up into various scenarios, and though I feel some regret that more of the pieces aren’t intact, I’d like to believe that they were played with thoroughly, which would mean they each did their duty.

Curious about the ways humans use their minds and hearts to distract themselves from the meaninglessness of life.
View all posts by Huenemann →
This entry was posted in This & that in the life of CH. Bookmark the permalink.