Hume, the mind, and the world 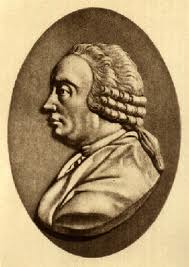 In the first part, Kail shows that Hume’s account of how we come to believe in external objects is parallel to his account of how we come to believe in God. In both cases, we begin by experiencing changing sets of impressions. The instability and unreliability of the change unsettles us, and we seek psychological relief. We find that relief in positing the existence of something unchanging that is somehow causally responsible for the changes we experience. And thus we come to believe in an unseen world of stable objects, or in unseen spiritual forces, as ways of assuring ourselves that all is not as fleeting as it appears.

Of course, if we recognize what’s going on, we lose our confidence in those beliefs. But typically we don’t know what’s going on, and some of us even go on to construct sophisticated theories about the natures of external bodies, or of God, and in these extended efforts we just make ourselves look silly, according to Hume. As Kail writes, “Both sophisticated beliefs are ‘monstrous’ and ‘absurd’, while the primitive beliefs are instead ‘natural’ and merely false” (73). And if those are the choices, then better to be natural and false than monstrous and absurd.

In the second part, Kail takes on Hume’s view of causality. Hume is widely read as claiming that we really don’t have any evidence whatsoever for believing that events are conjoined to one another by bonds of metaphysical causal glue; at the very most, we are merely conditioned by our experience to expect patterns of seeming causality to recur; and so, while it is quite natural that we should end up believing in causal regularities, we really don’t have any good reason for doing so. In short, we have no good reason to expect causal laws to persist, but we can’t help ourselves.

Kail joins the ‘skeptical realist’ readers of Hume in saying that this reading misses something. It is right about our not having any evidence whatsoever for metaphysical causal glue. But, according to this reading, our lacking evidence doesn’t mean that really there isn’t any metaphysical causal glue; it means only that we don’t have any evidence for it. In fact, there are plenty of passages which seem to imply that Hume thinks there is metaphysical causal glue after all, this despite our not having any cognitive access to its existence. For example, from the Enquiry Concerning Human Understanding (5.2.22): “We are ignorant of those powers and forces, on which this regular course and succession of objects totally depends.” And there are several other passages which similarly imply that there really are powers we are not seeing.

This raises a puzzle: just how does Hume have any idea of what he is talking about? Kail suggests that it would not be inconsistent for Hume to claim that while we don’t have detailed knowledge of metaphysical causal glue, we can at least know what it would be like to have this knowledge: it would be to be able to see the effect in its cause, to be able to somehow see why the effect had to come about, given the cause. In short, we can have “the Bare Thought” of causal necessity, even if we do not have knowledge of it, or even a clear idea of what it is. So Hume can consistently believe that there is genuine causality, and we do not have any good knowledge of it.

But what then would motivate Hume to believe in this glue that he has no way of knowing? Here is where things get interesting. According to Galen Strawson (The Secret Connexion), Hume was just too sensible a fellow to take seriously the view that there really isn’t any genuine causality. Perhaps, as he writes, it simply never occurred to him to make much of an effort defending such a basic belief. In fact, Hume made the firmness of his belief pretty clear in a letter to a friend in 1754:

“But allow me to tell you, that I never asserted so absurd a Proposition as that anything might arise without a cause: I only maintain’d, that our Certainty of the Falshood of that Proposition proceeded neither from Intuition nor Demonstration: but from another Source” (quoted by Galen Strawson in The Secret Connexion, p. 5).

Kail helps to show what this other Source is. As experience unfolds, we become so accustomed to seeing A then B, A then B, A then B, that we start to infer B-type events from A-type events. Then we make a mistake: we mistake the naturalness of our inference for an insight into a metaphysical necessity. “So the necessary connection depends on the inference, rather than the inference depending on the necessary connection” (108).

But it’s all still a mistake, then, isn’t it? Or, better, it is a lucky mistake, since even though our belief isn’t based on any reason or experience, it nevertheless ends up matching what’s really out there (according to the skeptical realist Hume). Would it be better still to say that our belief ends up matching what Hume himself can’t help but believe is out there?

I think this question brings us to what I call a “dual focus” in Hume’s epistemology. He’s trying to do two things at once, and they don’t quite line up. First, he is offering a “systems approach” to human cognition, explaining how the mind ideally should work as it manufactures ideas out of sensory impressions. If you built a pure Humean system and set it running, the system would never gain an idea of external objects, or of God, or of genuine causal connections. (It also would never become superstitious or have any moral feelings.) Then, secondly, Hume is offering a “natural approach” of understanding the place of humans in the world – we are in the same league as other animals, and because of our animal nature (our imagination, and our passions) we end up believing all kinds of things to which reason itself is blind. In developing this second account, Hume has to rely on causality, as obviously there is no making sense of our place in the world without it.

I think the incoherence of these two approaches becomes apparent in Hume’s discussion of causality in the Enquiry. He first sets out to demonstrate that experience and reason do not give us any evidence for genuine causal connections. Then he turns to explaining why we think there is causality, and his answer is: custom (or, what is the same, conditioning). But custom/conditioning is itself inherently a causal notion: repeated exposure to patterns causes us to expect them to continue into the future. He is taking an element from his naturalizing project to answer a question in his systematic project, and it just can’t do the work it is supposed to do.

It is precisely this incoherence which finally allows Hume to be untroubled by his own skepticism. He proves to himself that we are unjustified in our most important beliefs about the world. But this troubles him only in his philosophical study. As soon as he leaves the study, and goes out to play backgammon and billiards, the acute consciousness of the skeptical man recedes, and he gets on with a natural life. And he realizes that this is the human condition. The examined life makes living impossible. The unexamined life is where we belong.

Curious about the ways humans use their minds and hearts to distract themselves from the meaninglessness of life.
View all posts by Huenemann →
This entry was posted in Books, Kant and/or Hume. Bookmark the permalink.

2 Responses to Hume, the mind, and the world